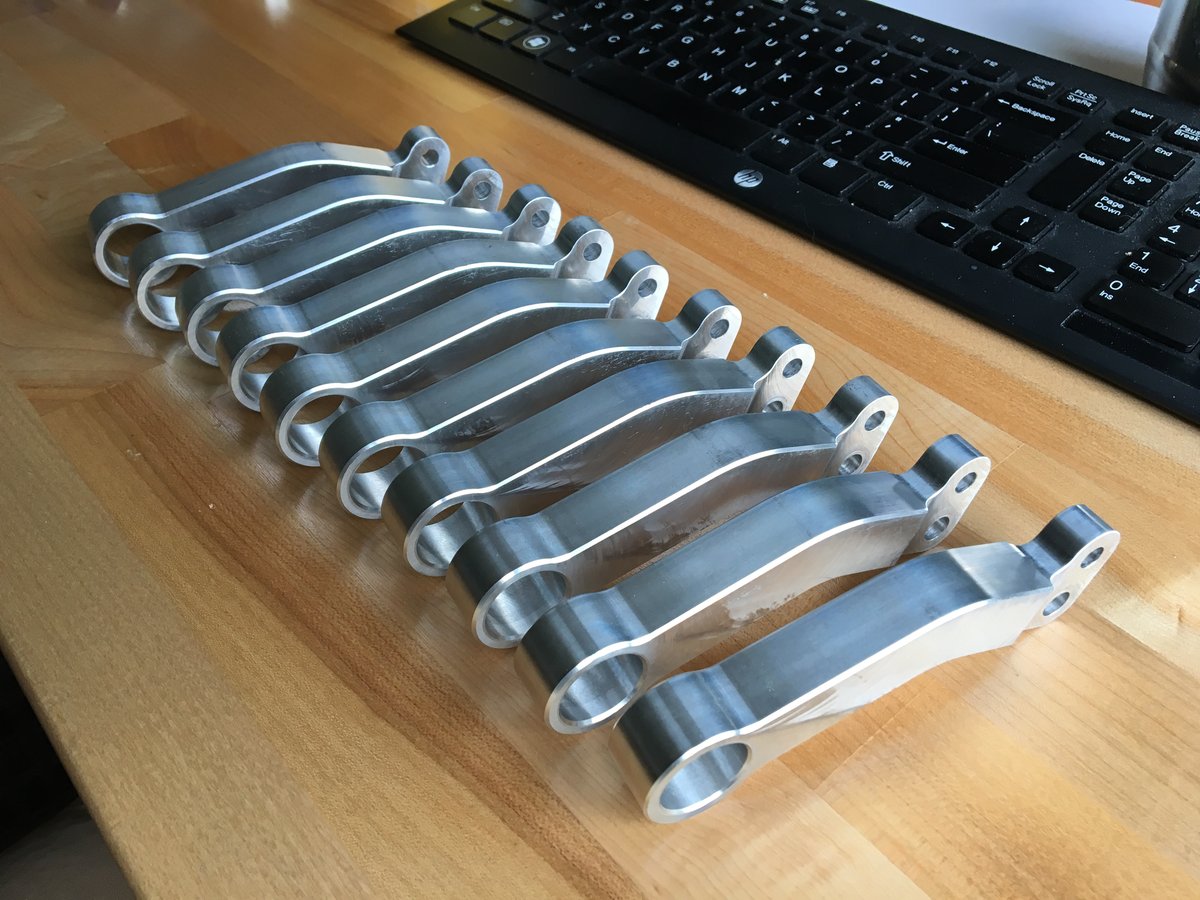 These arms are specifically made for those who are swapping LS into their RX-7, using the Samberg mounting kit, a TR-6060 Camaro transmission, AND an MGW shifter assembly. Could a part be any more niche? I don't think so!

Most installs I have seen documented involve cutting the arms supplied by MGW and welding them back together. I attempted this but didn't have a lot of luck, and I didn't trust my welds. So I printed a few prototypes to dial in the fit, and then had some CNC machined.

They are designed to position the shifter so that the MGW boot can be mounted from below, which perfectly overlaps the hole in the trans tunnel. The upward lip on the MGW boot overlaps and sits just outside the sheet metal "lip" on the OE tunnel hole, full perimeter. I re-used the steel backup plate from the Camaro donor to create a reinforced seal around the perimeter of the boot (the plate required some cutting and drilling). This method is super clean and only requires 4 holes be drilled in the tunnel. The lip-locked seal should do a great job of keeping out noise and heat.

These arms also eliminate the offset that is designed into the MGW supplied arms and position the shifter ~1/4" further to the left, as I found that it was not centered in the tunnel opening once I had the transmission where it needed to be (considering squareness to vehicle, driveshaft alignment, and tunnel clearance).

Also includes a 1/4" aluminum spacer that sandwiches between the boot reinforcement plate and the rear bushing mount, which is needed in order to provide a flat mating surface for the bushing mount and lower it a little for clearance.

Made in Grand Rapids, Michigan.

0
Your bag is empty
Start shopping